14 of the Most Commonly Misspelled Words in English


No matter how good a writer you are, there are some words which you may find difficult to spell.

This could be because the word you are struggling to spell is a very long one. One example of this is my favorite (made up) word from the movie Mary Poppins, supercalifragilisticexpialidocious (meaning "something to say when you have nothing to say").

Other times, words are tricky to spell correctly because they are not very commonly seen or used these days. If you are writing a school project about plants, you might come across the strangely spelled word chlorophyll (a chemical which makes leaves green).

Sometimes, we come across words which are extremely long and not very commonly used, like floccinaucinihilipilification (which means acting as if something is not very important), which are especially difficult to spell! Having to turn to the dictionary to help learn or remember how to spell these kinds of words is understandable. However there are lots of words which are not too long and are commonly used which many people still find hard to spell correctly.

In this article, we will give 14 examples of words which are commonly used and misspelled. We will give the reasons why people often make mistakes when spelling these words, and give some examples of tips and tricks that can help to remind you of the correct way to spell these words.

This is a spelling mistake that a lot of people make.

Even though when we say this phrase, it sounds like one word (a bit like about or around), it is important to remember that a lot is actually two separate words.

It helps to remember that the word "lot" is a noun, while the word "a" is an article. You wouldn't combine an article and a noun into one word in any other sentence.

Writing alot would be the same as writing adog instead of a dog or thecar instead of the car. It might take a lot of practice, but once you get into the habit, remembering to write the phrase as two separate words becomes natural. 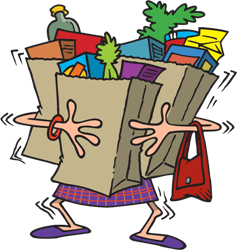 Almost (not allmost or all most)

Almost is an adverb (a word used to describe a verb) which means "nearly" or "not completely".

The words "all" and "most" can both be used as adverbs (to describe a verb) or as pronouns (words which can stand in for a noun in sentence). But the two words cannot be used one after the other, since they have very different meanings – all means the whole of something, whereas most means the largest part of something. I have had a few arguments about the correct spelling of this word!

Although the verb form of this word, to argue, ends with an e, we must remember to drop the e when we add –ment to form the noun argument.

One way to remember this is to think of what your parents or teacher might tell you when you are arguing with your friends or brothers or sisters – to "drop it"!

If you can remember that in an argument you should "drop it" (drop the e at the end of argue before adding the –ment), you will spell this word correctly every time. You wouldn't believe how common this spelling mistake is!

The difficulty lies in remembering whether to write –ie or –ei after the v in this word. This is also the problem with a lot of other similar –ie words such as

There is a helpful rhyme to help you remember which order these two letters should go:

I before E, except after C.

This rhyme helps us remember to put the "i" before the "e", except for in words such as deceive or receive where the "e" comes before the "i", because both letters come after a "c".

Be careful though, as there are some weird words which don't follow this pattern – including the word weird! Beautiful (not beautyfull, butiful, or beutifull)

You deserve a beautiful reward if you can remember to spell this word correctly every time!

To make the adjective beautiful, we are combining the noun beauty and the adjective full. Firstly, we must remember to drop the last "l" from full when we are adding it to another word (this is also true for words like doubtful, hurtful, and pitiful).

Then we must remember that the "y" at the end of "beauty" has to change to an "i". One way to remind yourself of a correct spelling is to use a mnemonic. This is a phrase which uses each letter of the word you want to remember as the first letter of a phrase that is easy to remember.

Try to remember this one to help spell the first half of the word beautiful: Big ears aren't ugly, they're beautiful!

Definite (not defenite or definate)

This is definitely one of the words which many people find difficult to remember how to spell correctly!

One way to remember how to get this word right every time is to think of a pack of playing cards. There is always a limit to the number of cards in the deck (a complete set of 52 playing cards). The deck is definitely finite. Embarrass (not embarass or embaras)

It can be embarrassing when you make a spelling mistake in an important piece of writing. But thankfully you can avoid this one from now on!

The trick is to remember that the word embarrass needs a double "r" and a double "s". Think of what might happen when you feel embarrassed. Do you go really red and smile shyly? If you can remember this phrase, you will get this spelling right from now on! There's no need to lose your mind over the spelling of this word!

Many people make the mistake of using the word loose, meaning not tight, when they mean to say lose (to be unable to find).

One easy way to remember the difference is to think that the word lose has "lost" an "o".

Necessary (not necesary or neccessary)

It is sometimes necessary to use this hard-to-spell word in sentences.

The difficulty lies in remembering where to double letter comes in the word: it is a double "s" and not a double "c".

One mnemonic that you can use to help you remember is the following: Restaurant (not restaraunt, restuarant, or restorant) It comes as a surprise to some people to learn that there are two "r"s and two "s"s in the word surprise.

If you can remember that the spelling of the word surprise contains these two surprises, then you have a great chance of spelling it correctly! There (not their or they're)

The difficulty in this spelling is choosing the right word from three words that sounds exactly the same: there (the opposite of here), their ( belonging to them), they're (a shortened version of they are).

We need there when we mean the opposite of the word here. This is easy to remember as you just have to add the letter "t" to here to get the correct spelling. Tomorrow (not tomorow or tommorrow)

It is difficult to remember where the double letter in the word tomorrow comes. One trick you can use to work this out is to pretend you have two friends, named Tom and Row.

To remember to use two "r"s and one "m" in the word tomorrow, ask yourself this question: Which friend will you go and play with tomorrow, Tom or Row? Your day will be so much better once you learn how to avoid this common spelling mistake!

The confusion lies in the fact that two different words sound the same when spoken aloud: your, meaning belonging to you; and you're, a shortened version of you are.

If you can't replace the word with the phrase you are without changing the meaning of the sentence, you need your. This one is especially tricky, and takes practice!