Amused and bemused are two commonly confused words in the English language.

Both words are adjectives and are used to describe feelings. Although their spellings are quite similar, their meanings are completely different. It's important to learn the difference, because one word means that something is entertaining and the other means that something has confused you!

Both words have verb and noun forms, so understanding the difference is also a great way to build your vocabulary. The word amused has two definitions, both related to having a good time. First, amused can mean that you find something funny. Typically, people are amused by jokes, funny conversations, and humorous events.

Bear in mind that amused does not mean that you find something extremely funny, as in when you laugh out loud or laugh so hard that you cry. Instead, amused means that something makes you smile, or makes you laugh a little bit. 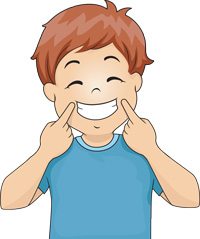 Amused can also mean that you find something entertaining or enjoyable. Examples of things that make people amused are fun activities such as games, puzzles, arts and crafts and hobbies. When used in this sense, amused doesn't necessarily mean that you laugh or smile, it only means that you have fun.

There are a variety of other word forms of amused. As is common in English, in addition to the –ed  form of the adjective there is also an –ing form: amusing. Something is amusing if it makes you feel amused.

The root of both adjectives is the verb to amuse, which, like the adjectives, has two meanings (to cause someone to find something funny, and to entertain someone).Last but not least, the noun form of amused is amusement.

Synonyms for amusement are fun, laughter, pleasure and entertainment.

Amused is often paired with verbs such as appear, look and seem. For example, you might say, "I wondered why my friend looked so amused" or "My boss did not seem amused when I told him that the project would be late." You have probably already noticed that in order to explain what has caused someone to feel amused, we use the word "by." An example of this use would be a sentence such as, "Children tend to be amused by video games." The verb to amuse can be used in a reflexive sense, as in this example: "While waiting for my friend, I amused myself by reading a book." Other common expressions related to amused are: Although bemused looks similar to amused, the definition is not related. Bemused means that you find something confusing, puzzling, or that you do not understand something. People feel bemused when they see something strange, or when something sudden or unexpected happens.

Bemused can sometimes be difficult for students to learn, because the definition of the word is starting to change. Sometimes people use bemused in order to mean a little bit amused. Most linguists argue that this use of the word is incorrect, and most dictionaries do not acknowledge this use of the word. In order to be certain you are speaking correctly, it is best to use bemused with its original meaning – creating confusion – and amused to mean that something is funny or entertaining. Bemused has the same word forms as amused. The–ing form of the adjective, bemusing, is used to describe things that make you feel bemused. The verb to bemuse means to confuse, to puzzle or to perplex and the noun bemusement means the feeling of being bemused. Like amused, bemused is often paired with verbs such as appear, look and seem. Similarly, when we want to explain what has caused someone to feel bemused, we use the word "by."

The verb to bemuse cannot be used in a reflexive sense, because it is impossible to confuse or puzzle yourself.

The collocations "highly bemused" and "highly bemusing" are common, as is the expression "to find someone (or something) bemusing." Other common expressions related to bemused are: The word bemused is much less common than amused. Although bemused is a useful word, it is much more likely that you will use amused on a day-to-day basis.

A Story to Practice Amused vs. Bemused

Dan and Lon are best friends. Dan is always amused, while Lon is always bemused. For example, now Dan is doing his homework. He thinks the topic is quite funny. He finds it very amusing! He just can't stop laughing in amusement. Lon, on the other hand, is feeling bemused. He is staring at his confusing homework in bemusement.

Now Dan and Lon are looking at each other. Dan is amused by Lon's bemusement, and Lon is bemused by Dan's amusement. But neither amusement nor bemusement will help them finish their homework!

Return from Amused vs. Bemused to Confusing Words