Most letters in English do not have just one sound. T and Double T (TT) are pronounced in three different ways. The letter T can also be silent. How do you pronounce these? In this lesson, you will learn rules to help you pronounce the T and TT sounds in American English.

To sound like a native speaker, it is important to know that there are a few different ways to make the T sound in English. In this lesson, we studied the true T and D sounds: T and D sounds.

T and Double T (TT) can also be pronounced as a D sound and a glottal stop (the sound you hear in the middle of uh-oh.)

There are four basic rules for the T sound:

Let's learn the rules for these sounds!

The true T sound is simply the regular T sound heard in words like top and it.

A syllable is a word or part of a word that contains a single vowel sound.


Consonant clusters at the beginning of a word


Consonant clusters at the end of a word or syllable

In the English past tense, D is pronounced like T when it is after an unvoiced consonant sound (f, p, s, k, th, sh, ch, but not T). Unvoiced or voiceless consonant sounds are sounds that are not made with the vocal cords. Instead, they are made using a puff of air.

Sometimes T and TT are pronounced as a D sound. You can review the D sound here: T and D Sounds.

When T or TT comes between two vowel sounds or diphthong sounds, pronounce T or TT as D.

T and TT can also be pronounced as a D when the T sound comes at the end of a word and the next word starts with a vowel sound (a, e, i, o, u).

Example: What a good idea.

Many native speakers link the two words together ("What" and "a") and make a D sound instead of a true T.

Note: The use of the D or true T sounds can vary from person to person and by region. Native speakers do not usually study these rules. It is just their natural way of speaking. You will find exceptions to every rule!

A glottal stop (or stop consonant) is made when the flow of air through your mouth is stopped by either your tongue or your lips. This causes a build-up of air. When the air is released, it makes a small, explosive sound.

("Glottal" means produced by the glottis. And a glottis is the vocal cords in your throat and the opening between them.)

The P and B sounds, T and D sounds, and K and G sounds are all stop consonants.

See this video lesson about the glottal stop:

The T is silent in these words:


Some words are pronounced with a silent T by native speakers when they are speaking fast. The use of a silent T can also sometimes depend on accent and region (where somebody lives). 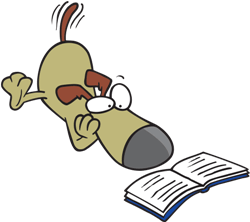 Have you finished this lesson? Don't worry if you don't get it all right the first time. Review and practice!

Here is an example practice. Read the following dialogue aloud: Return from T and TT sounds to
English Word Pronunciation: Improve that Accent